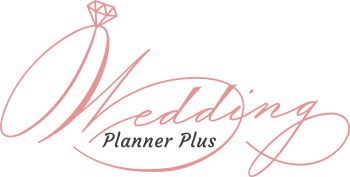 Vows – Happily Ever After 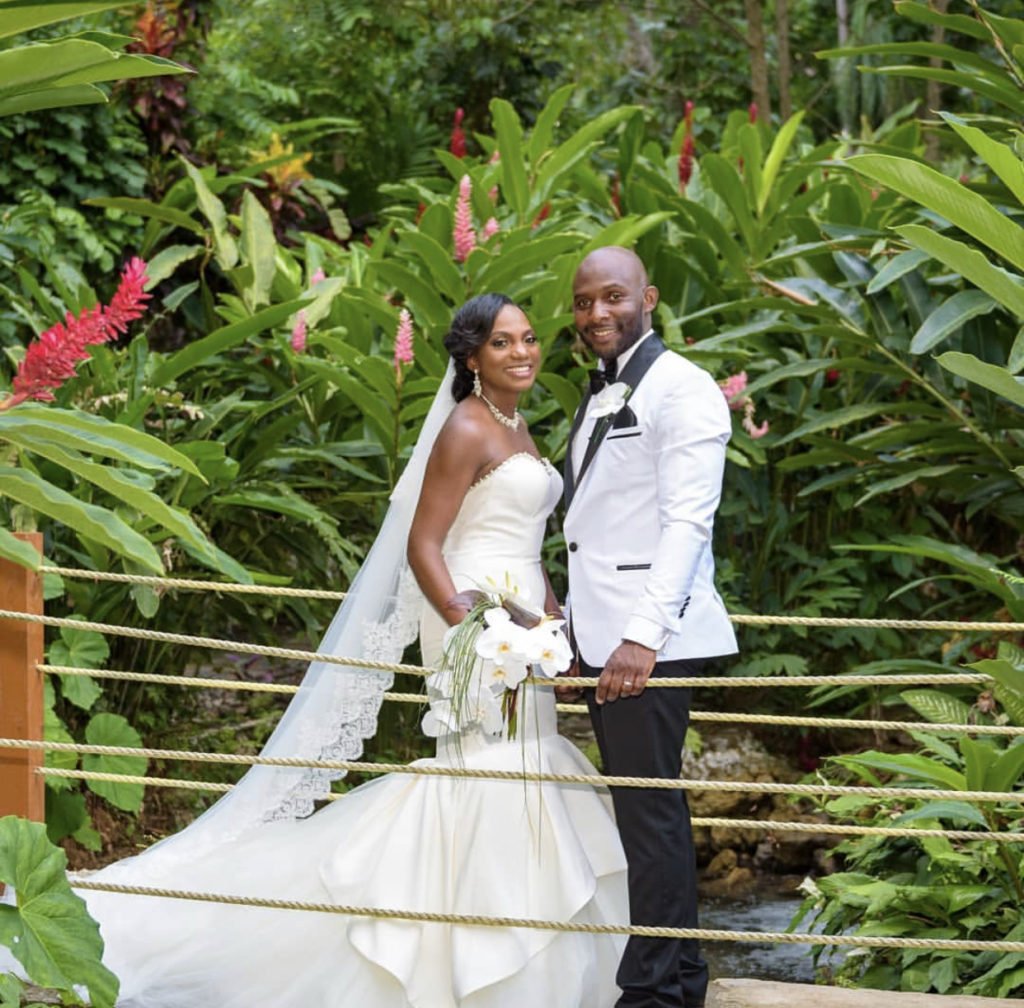 When project planner Kadian Cameron and chef Paul Wilson met in Barbados they both sensed a connection that could become a lifelong one. Indeed, the friendship blossomed into something more beautiful — love — and on Friday, July 26, 2019 at Konoko Falls & Park, Ocho Rios, the two sealed their union. Vows meets them at the altar.

How they met & the proposal

The two met in 2017 while they were both on vacation in Barbados. They were both out having fun at the same nightclub and, after, stepped outside to contemplate a late-night snack with friends who immediately felt the chemistry between them.

Indeed, there could be no denying it and soon they became fast friends. Since he lived in Canada and she in the United Kingdom the phone became their lifeline in between them flying back and forth every two to three months to be with each other. It soon became obvious that Cupid’s arrow was no longer hovering but had found a resting place. In May 2018, Kadian moved to Canada to be with Paul. The proposal followed a month later. Kadian’s response was an emphatic “Yes!”

The couple’s home, Jamaica, was chosen for their destination wedding. Konoko Falls & Park in Ocho Rios was the perfect venue, with Reverend Trevor Hylton officiating the ceremony.

Escorted by her parents Lillian Woodhouse and Herbert Cameron to the sounds of Why I Love You/You Are So Beautiful by Jamal Moore, Kadian was radiant in a Justin Alexander sweetheart satin fit and flare gown with a mermaid skirt of tulle and organza. Her bouquet of white anthuriums and phalaenopsises created by The Wedding Planner Plus was the perfect complement.

Guests enjoyed cocktails in the pavilion, where the team from The Wedding Planner Plus brought their magic with overhead fairy lights, tall and low floral centrepieces, a backdrop in the wedding colours enhanced by florals, and a white tablecloth with blush sequinned runners.

Dinner courtesy of chef Junior Francis followed, ahead of formalities which included the unveiling and cutting of the cake, and copious toasts to the newly-weds.

Further highlights included the couple’s first dance as husband and wife to My Angel by Lalah Hathaway, and She’s Royal by Tarrus Riley.

The newly-weds honeymooned at Grand Bahia Principe, Discovery Bay, and will be travelling to Thailand next year. 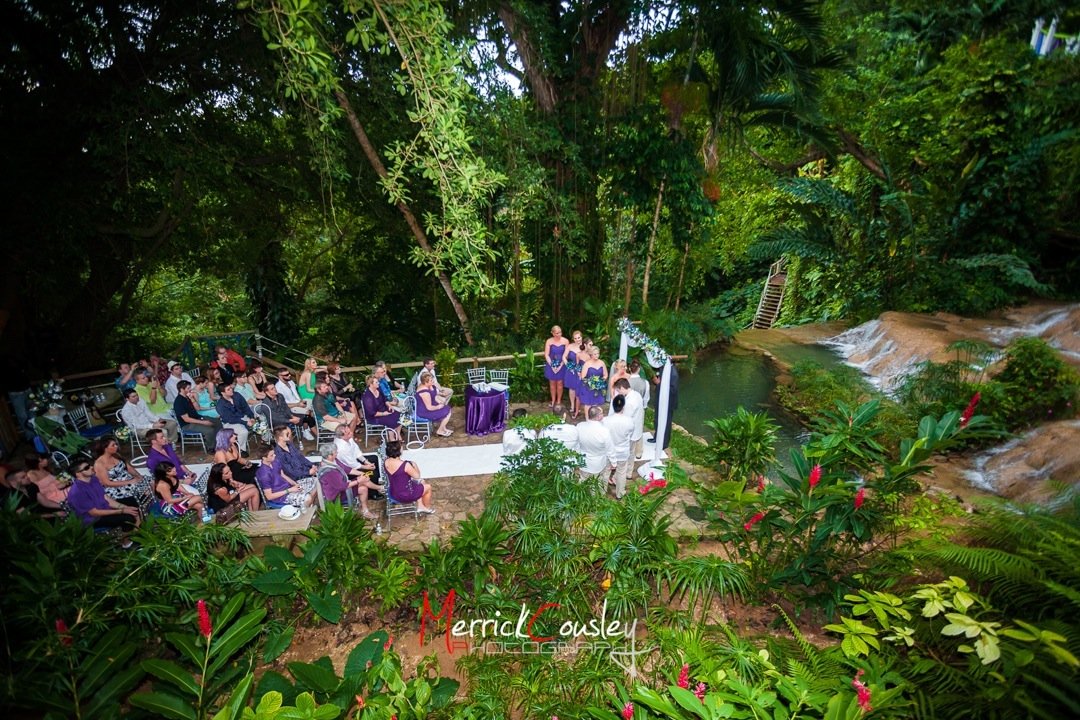 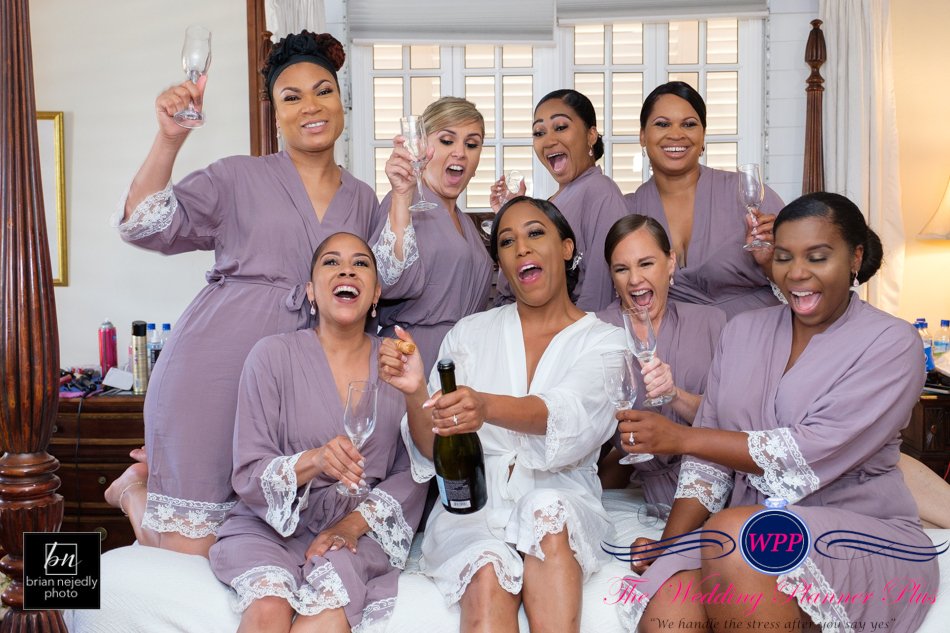 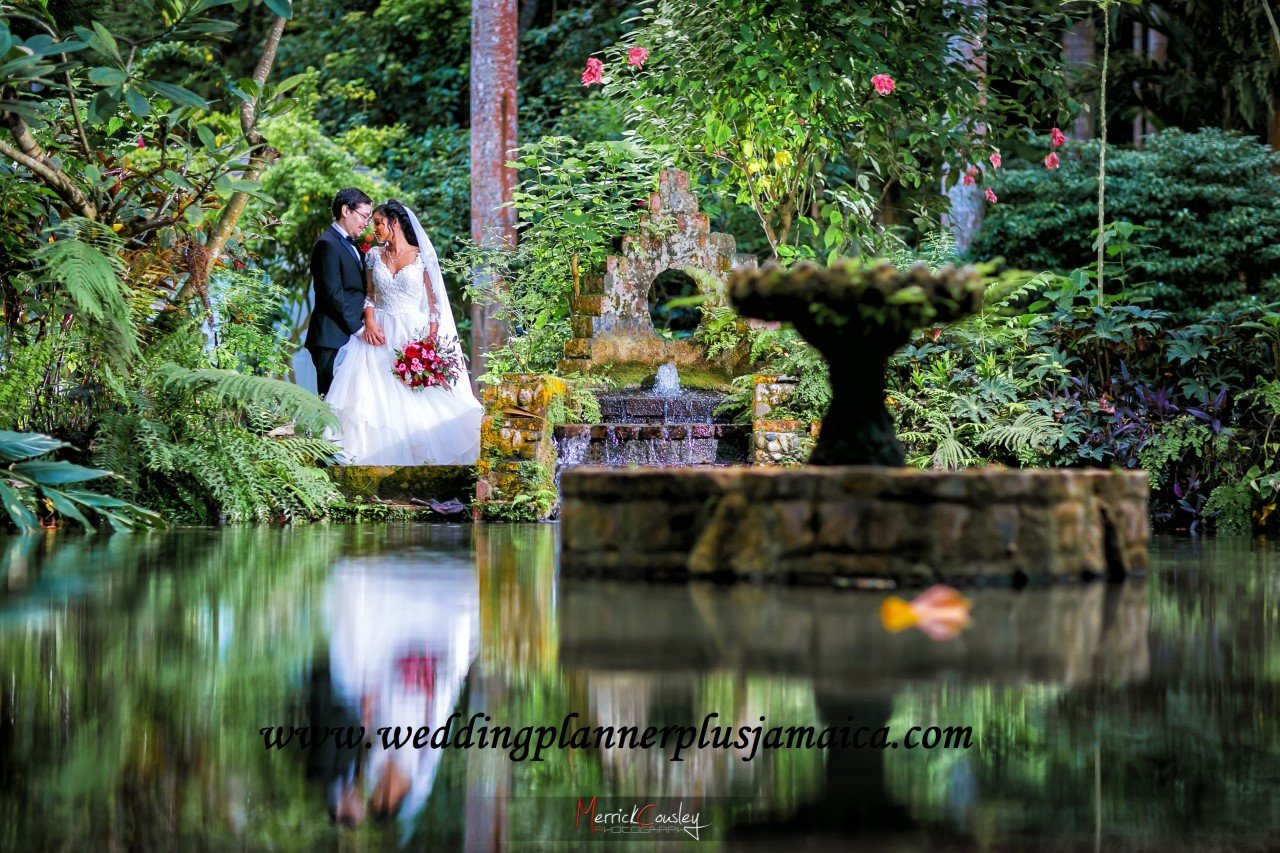 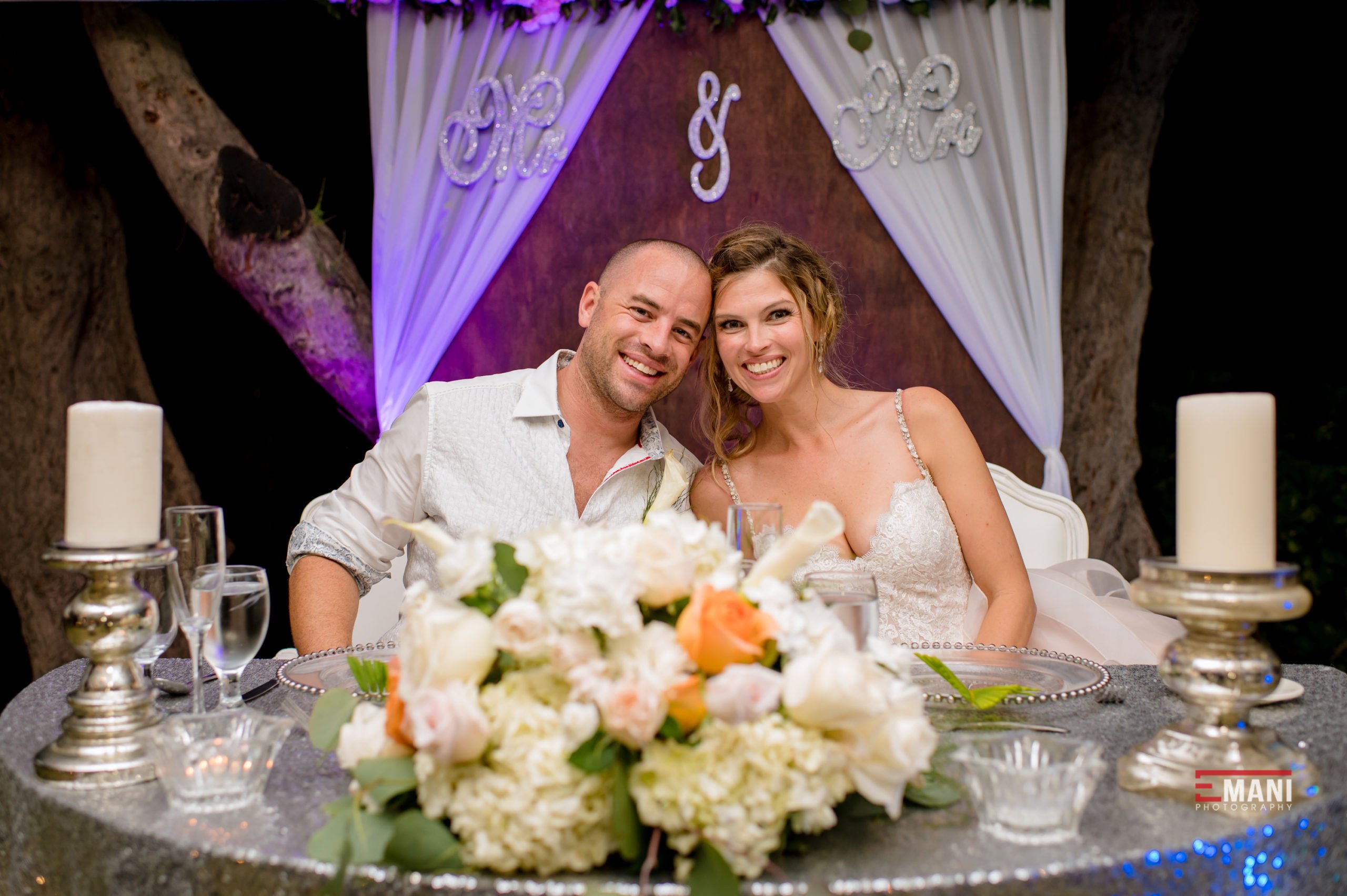 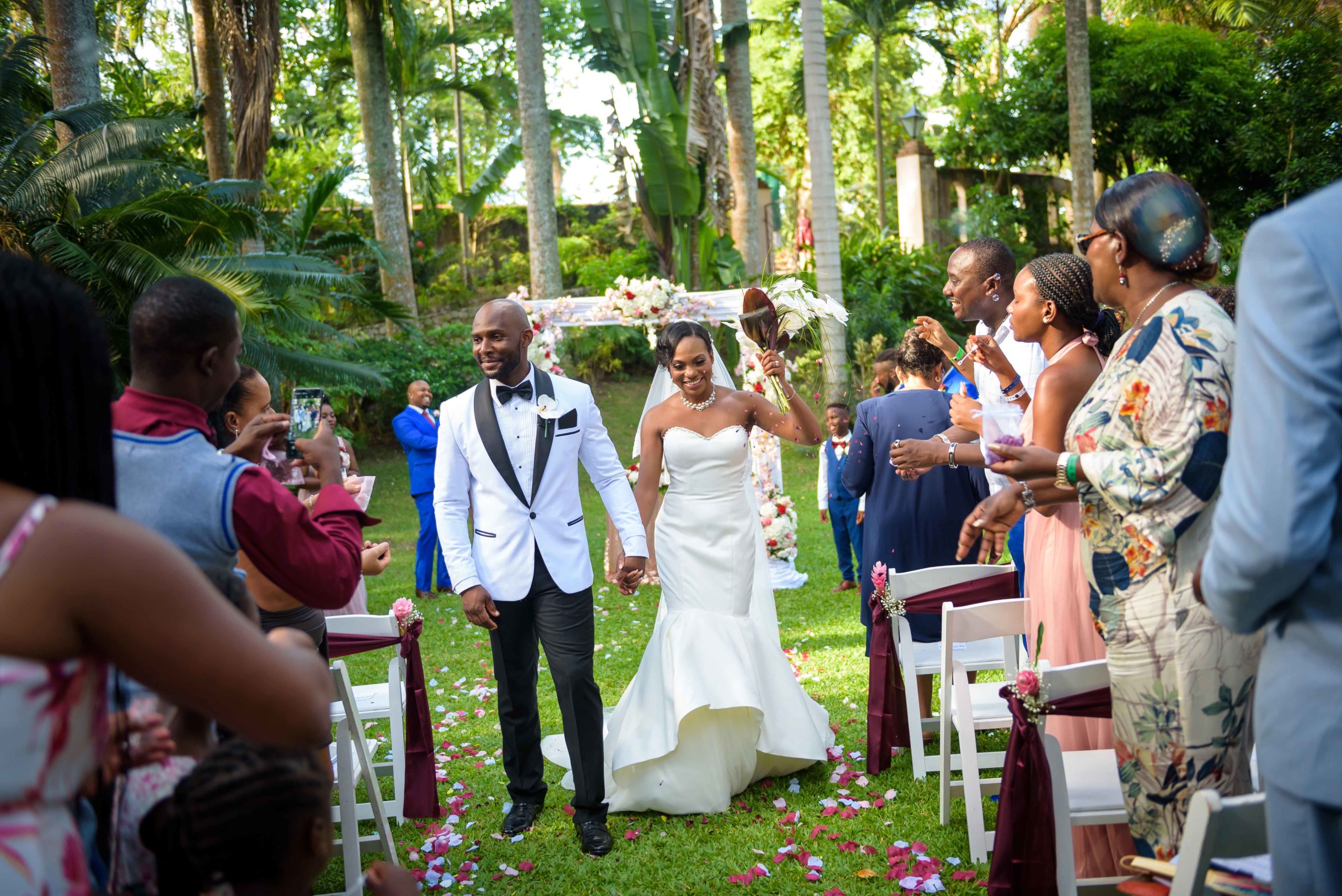 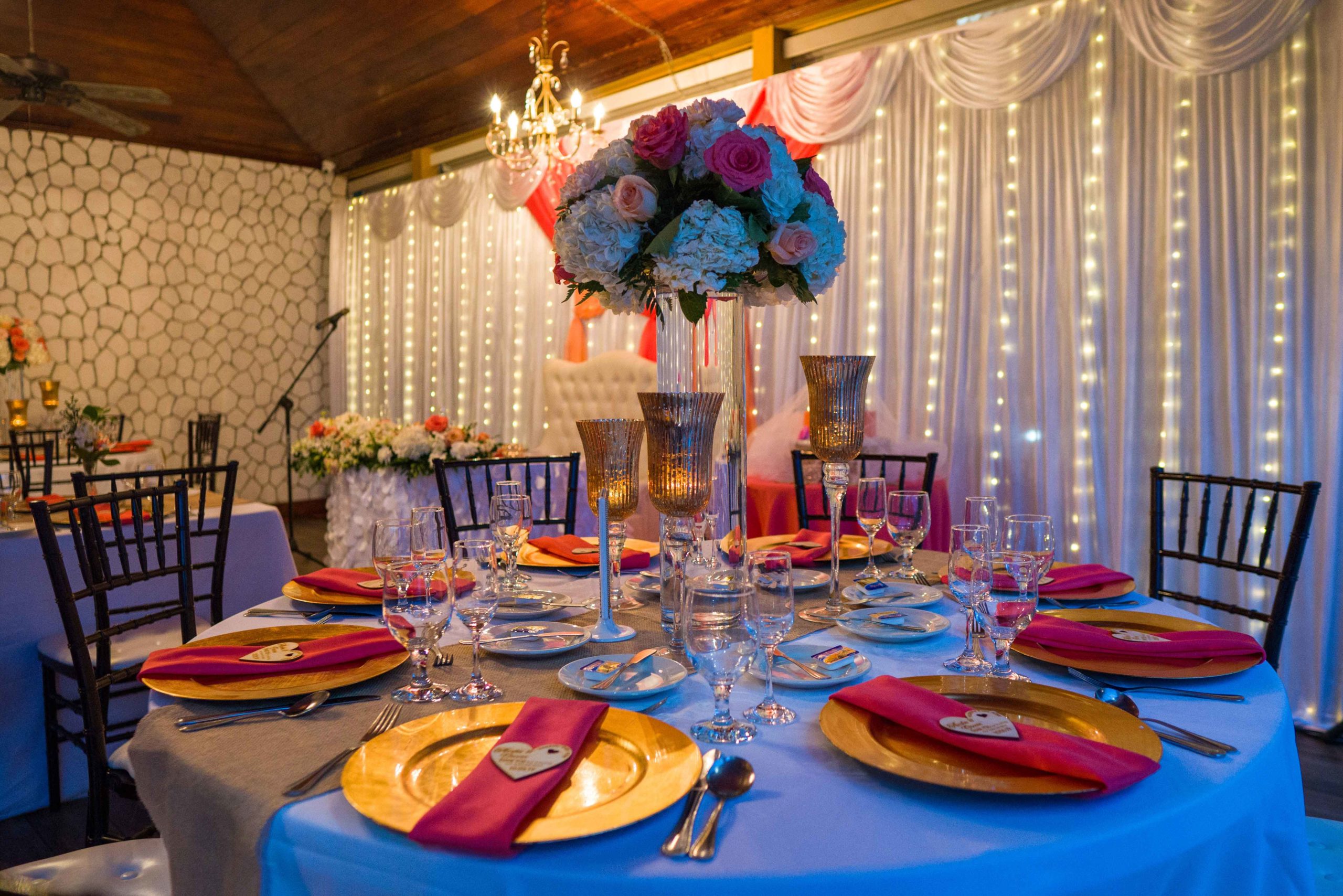 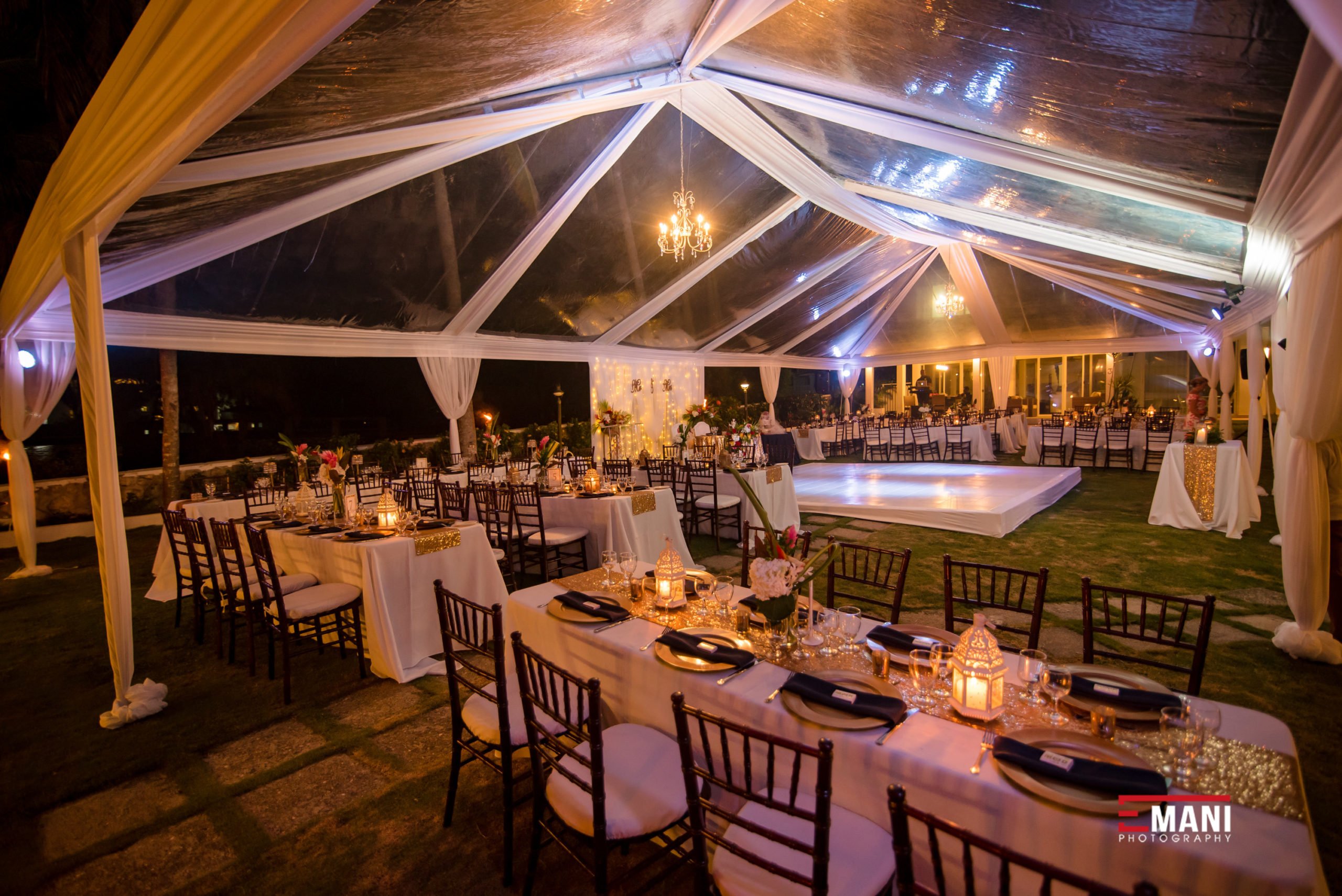 © 2020 All rights reserved - Crafted By: Next Step Digital Solutions